After graduating as a maritime engineer from Delft University of Technology Wijnand Tutuarima started his career at the Shipping Finance Group of Fortis MeesPierson in 1995. He was commercially responsible for the client portfolios in central Europe and subsequently in Asia. In 2005, Wijnand moved to Fortis Commercial Banking focusing on the development of the international network and setting up 5 new branches / teams in Scandinavia and Asia. Hereafter, he was closely involved in the integration of the commercial banking activities of Fortis and ABN AMRO. Following the merger, he became COO for the international private banking activities of the combined entity.

In 2013 Wijnand joint Heerema Marine Contractors as Senior Vice-President where he was responsible for Finance, IT and General Affairs related topics. As per June 1, 2018 Wijnand is appointed Chief Financial Officer of Heerema Marine Contractors and since this year he is also Chief Financial Officer of Heerema Fabrication Group. 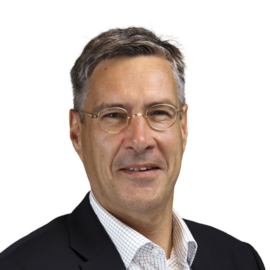