In 2009 Heerema Marine Contractors awarded HFG the construction contract of 44 subsea structures for Phase 1 of BP Block 31 off the coast of Angola. The project consisted of two parts: the ITAs & FTAs and URAs & LRAs. The subsea structures were positioned at an average water depth of 2,000 meters. These highly-complex structures had to be constructed robust and according to extraordinary high-quality requirements, in order to withstand an extremely high pressure of 220 bar with a lifetime of at least 20 years.

Complexity of the structures made this project a fascinating learning process 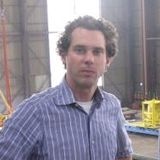